"Music gives a soul to the universe, wings to the mind,
flight to the imagination and life to everything!"
PLATO


Welcome to my virtual world in the invisible cloud.
Here I am. Ready to share with you my passion and love for classical music. 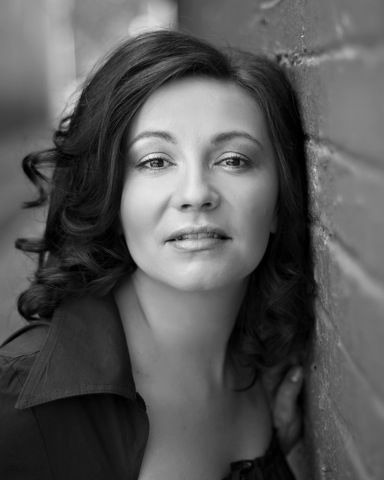 Joanna Ruszala is a polish soprano. Her artistic career as an opera singer resulted in winning international competitions and performing soprano roles such as Violetta, Mimi, Marguerite, Liu, Micaela, and Aida.
She made her American debut as Donna Anna in Don Giovanni, at the Arbor Opera Theater in Michigan.  Most recently, she appeared in Verdi’s Aida with Teatro Lirico di Europa singing the title role and Mimi in La Boheme with the same company. In addition she made her debut with the New York City Opera in the production of Telemann's Orpheus, where the New York Times named her “The Winning Soprano”. She is equally at home on the European stages of the Polish National Radio Orchestra, Silesian Philharmonic, and Varna State Opera of Bulgaria where she made her European debut singing Gilda in Verdi’s Rigoletto, as she is with the American venues of Tulsa Opera, and South Texas Lyric Opera where she has performed the role of Mimi in Puccini’s La Boheme.

Enjoying diversity in music, she performed numerous oratorios and masses such as Mozart’s C Major and C Minor Mass, Mendelsohn’s Elijah and Lobgesang, Villa-Lobos’ Bachianas Brasileiras as well as Respighi’s Il Tramonto with the world renown Silesian String Quartet. She is passionate about her native Polish music. She is specializing in the works of Chopin, Paderewski, and Szymanowski, and toured Lithuania, Ukraine, Italy and the Czech Republic in ‘good will tours’ dedicated to sharing the works of Polish Composers. Recently she is in the process of completing the project “The Polish Art Song Anthology for American Singers” with her husband, Piotr Wisniewski, Head of Music Staff, pianist, conductor, and chorus master at Lyric Opera of Kansas City.

She is the winner of the 8th International Ada Sari Competition of Vocal Art in Nowy Sacz Poland, where she won a special prize for “Outstanding Soprano”, The Duszniki Zdrój Music Competition (Poland) and Katowice Vocal Competition (Poland) where she received a special prize from the Artistic Director of the Silesian Philharmonic, the Bain’s Scholarship for Outstanding Opera Singers from Indiana University, and the Kosciuszko Foundation’s Scholarship in New York.

Apart from her career as a performer, she is an active teacher of singing leading a very successful
Bel Canto private voice studio where students have won international awards such as the District Metropolitan Opera Competition, Ezio Pinza Scholarship for American Singers, and gained admittance to top graduate schools including Indiana University Jacobs School of Music.
She has worked as professor of voice for the past 9 seasons with the Opera Maya International Music Festival in Mexico, as well as audition training/stage presence class teacher at AIMS in Graz, and as voice clinician and masterclass teacher in various universities in USA and Poland.

Her musical education began in her native country of Poland where she received a Master of Music degree from Silesian University Karol Szymanowski School of Music in Katowice, where upon her graduation, she became a professor of voice and served for five years. Following her passion for performance, she continued her musical education at Indiana University Jacobs School of Music where she received a Performer Diploma in Voice accompanied by a Performer’s Certificate in recognition of outstanding musical performance in Voice. 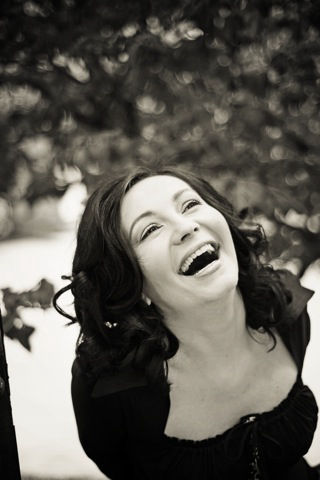 I would like to share with you my thoughts and guidelines regarding my
philosophy of teaching voice. My teaching motto, developed through the years
of experience is:   do not destroy, but build and guide.

As a voice teacher, it is my responsibility to aid singers in their effort to make
the music and the text come alive. This is achieved through building solid
vocal technique and developing strong musicianship. My main role is to
recognize and nourish the talent with which I am working, adjust my teaching
method to the individual’s mental sharpness, instinct and intellect, and help
to build a daily vocal routine. I aim to inspire my students to seek a
sophisticated interpretation, and show new ways to become a good singing
actor on stage. Establishing this vocal alphabet and understanding of the vocal
technique, and the voice as an instrument, will benefit advanced work in the
future on repertoire and artistry of singing.

In preparing singers for recitals or opera production, it is essential for me as
their instructor to make sure they are accurate musically, stylistically and in
their delivery of the text, including a strong emphasis on the proper diction.
I am fluent in Polish, English, and have worked extensively within the Italian,
German, Russian and French languages.

To find the right interpretation of the poem or libretto we are working greatly
to portray a variety of attitudes, feelings, and emotions. These exercises,
combined with the Alexander technique method, also help bring down the
fear of being on stage and performance anxiety. In finding the right
interpretation we must seek inspiration in art, nature, life, and people,
therefore I encourage my students to look for all visual arts and paintings
exhibitions to discover a new palette of sophisticated and complex colors,
shapes and forms.

During our extensive work on voice, I also emphasize the use of the voice
hygiene techniques. I believe that proper understanding of vocal hygiene
routine provides longevity and success for a long, healthy career.
An important part of my teaching philosophy is to bring attention of the
student to the strong ethics, rules, and respect in order to succeed in the
music business. Being on time for lessons or rehearsals, ready to work with
full focus and commitment, knowing the assigned music, advanced
notification of any absences, and knowing the translation of the libretto and
the parts of your colleagues are only few examples of the rules to follow to
become a respected professional musician.

Finally, let us not forget about the joy and happiness of making music come
alive, and the privilege to share it with the public in live performance. I create
opportunities for my students to participate and perform with international
music summer festivals and music programs, as well as in local concerts
series and music events, and opportunities to collaborate with ensembles and
choirs. We should remember that the magnificence and purpose of music is to
move people to tears or laughter, and to touch the soul with the beauty of sound.

Training the young artist and vocalist is a very complex task, and requires the
collaboration of many professionals. The additional work with the pianist,
conductor, and director will even further enhance and motivate young singers
on the journey to excellence in music. I believe that this collaborative effort
will build the confidence of the singers, and in return they will become
responsible, professional artists.

Welcome to my studio, and let’s get started! 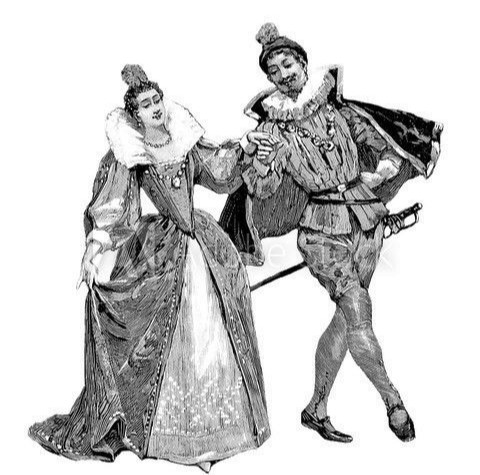 This workshop brings special attention to all the elements concerning the live auditions, performances, and concerts by addressing the problems, traps, and insecurities that come with live performance. Before you even start singing your audition, there is a short moment when you are making the first impression on a judge or audience. In these precious minutes, you are either winning or losing.

During this workshop, we will work to increase your chances to have a successful experience. We extensively focus not only on the apparel guidelines and rules, but also all the elements of proper introduction, speaking, walking, running, siting, and bowing while on stage. We will work to develop the “savoir vivre “and etiquette concerning the stage.

This workshop is designed to help you overcome the fear of rejection, stress and anxiety, and will arm you with all the available tools, and techniques to experience fabulous moments on stage. Applying the positive mind set, a right physical exercise routine, and all techniques learned during this course will allow you to achieve confidence, freedom, balance, and pleasure of successful live performances.

The Acting workshop for singers is dedicated to all who are seeking to find freedom
of expression on stage.
To portray a variety of emotions, attitudes, and feelings while
singing operatic repertoire or a sophisticated art song recital, we must be equipped
not only with excellent vocal technique and musicianship, but also with strong and
solid acting technique. We should help our voice to find and portray right interpretation
through our body language, face expressions, freedom of movement, and dance.
Mastering a variety of acting methods and discovering the power of doing anything
on stage will bring us closer to the true interpretation, and at the same time,
reduce performance anxiety. This workshop is based on the combination of the
Stanislavsky System and the Alexander Technique. 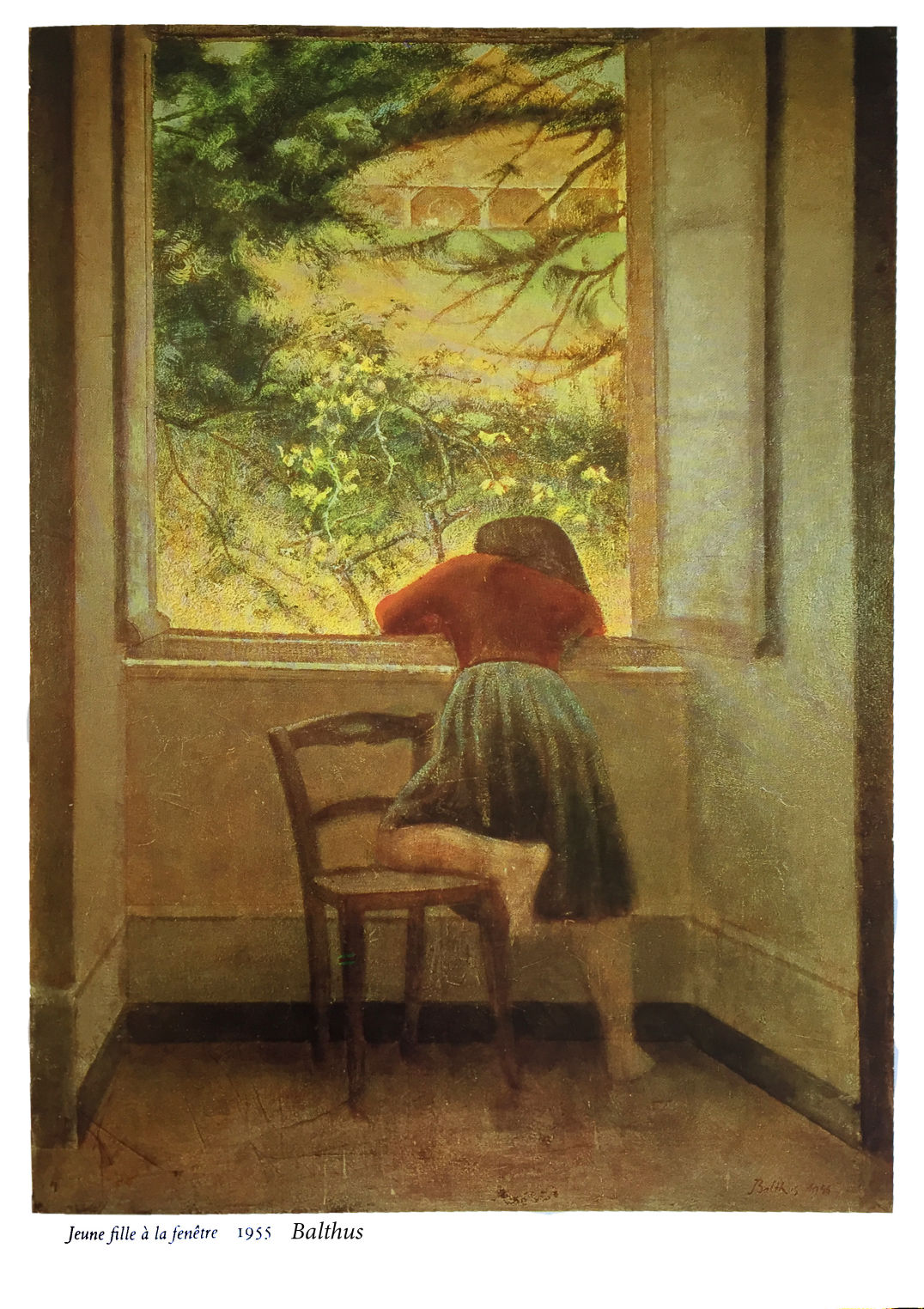 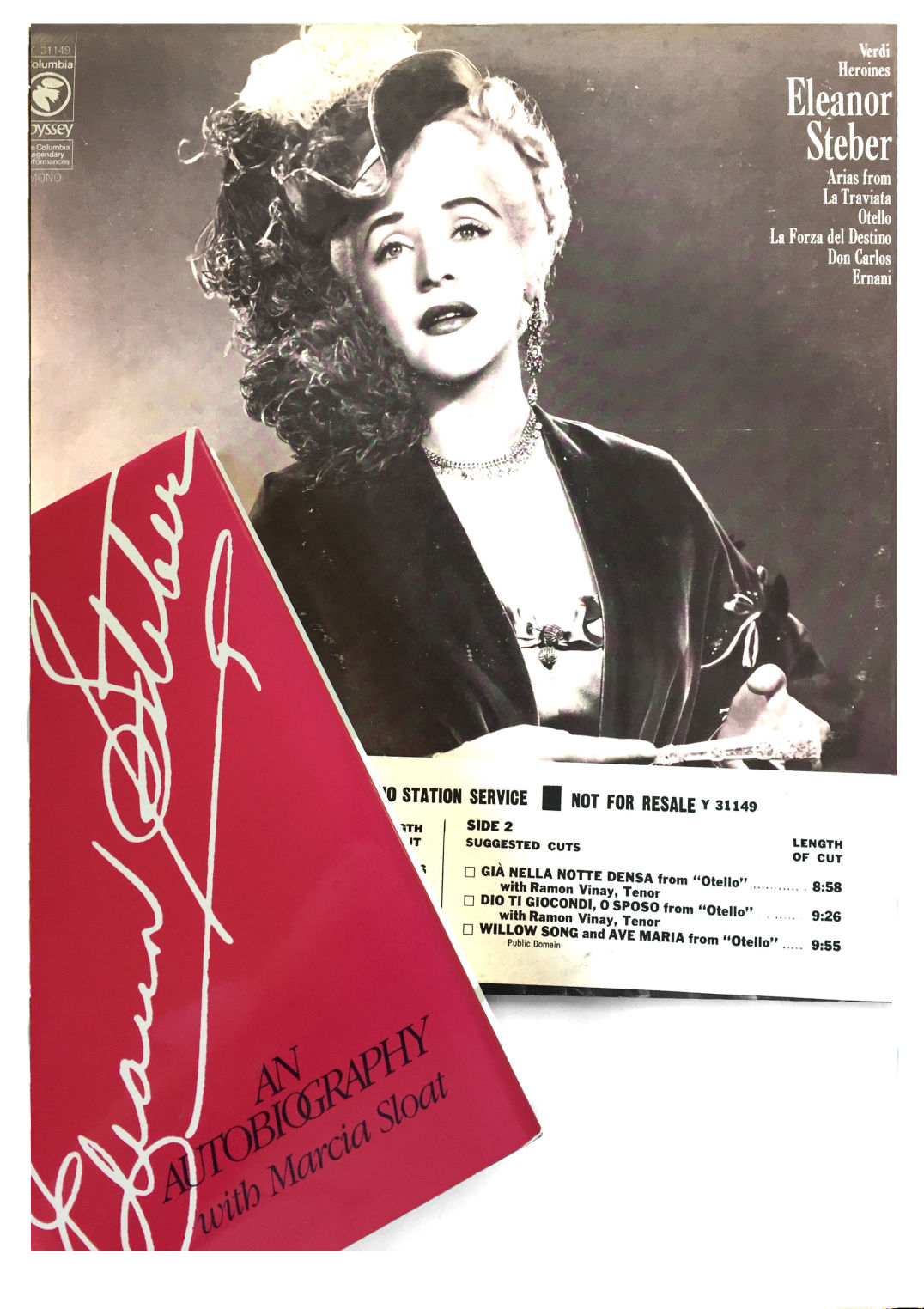 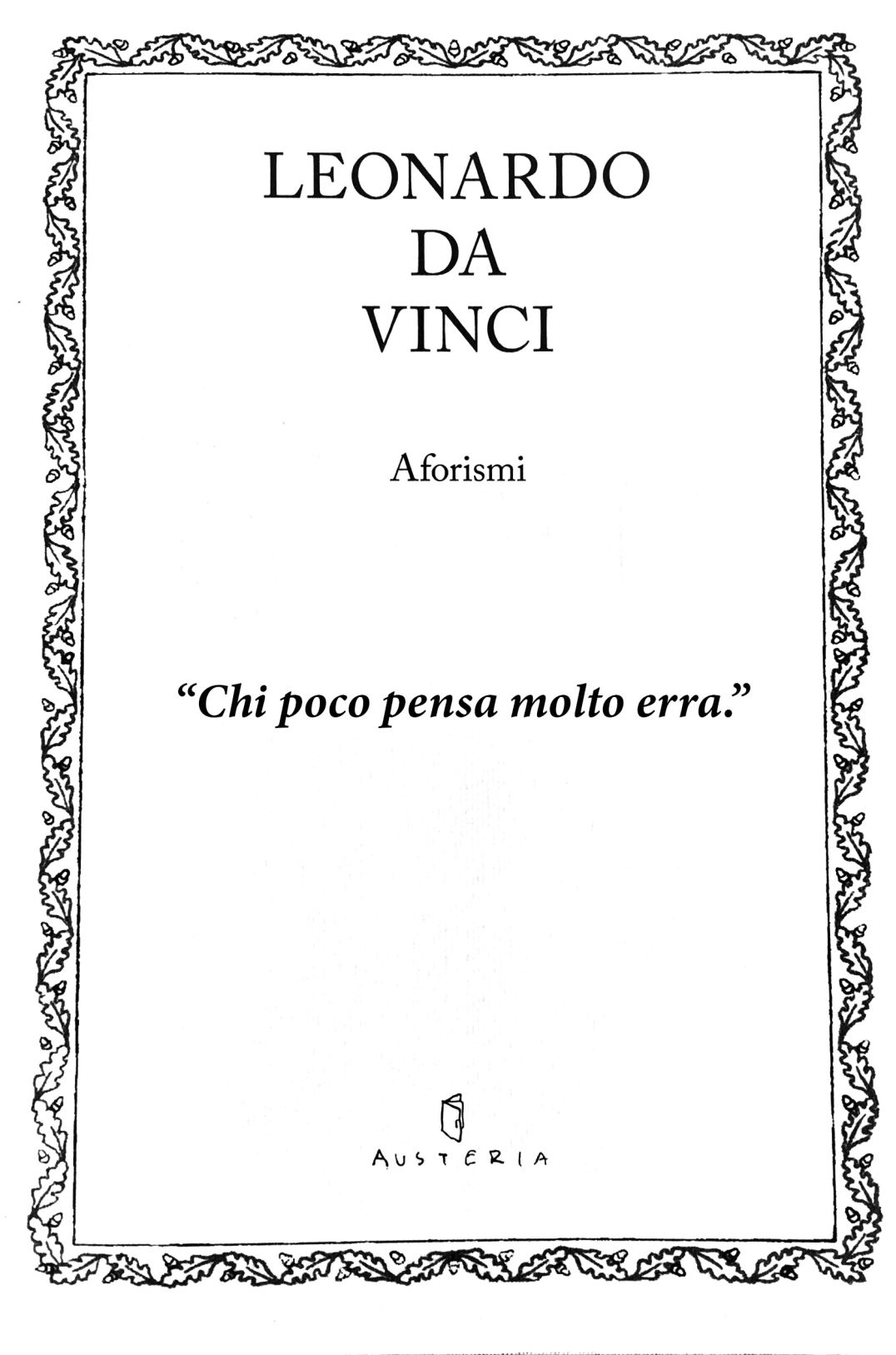 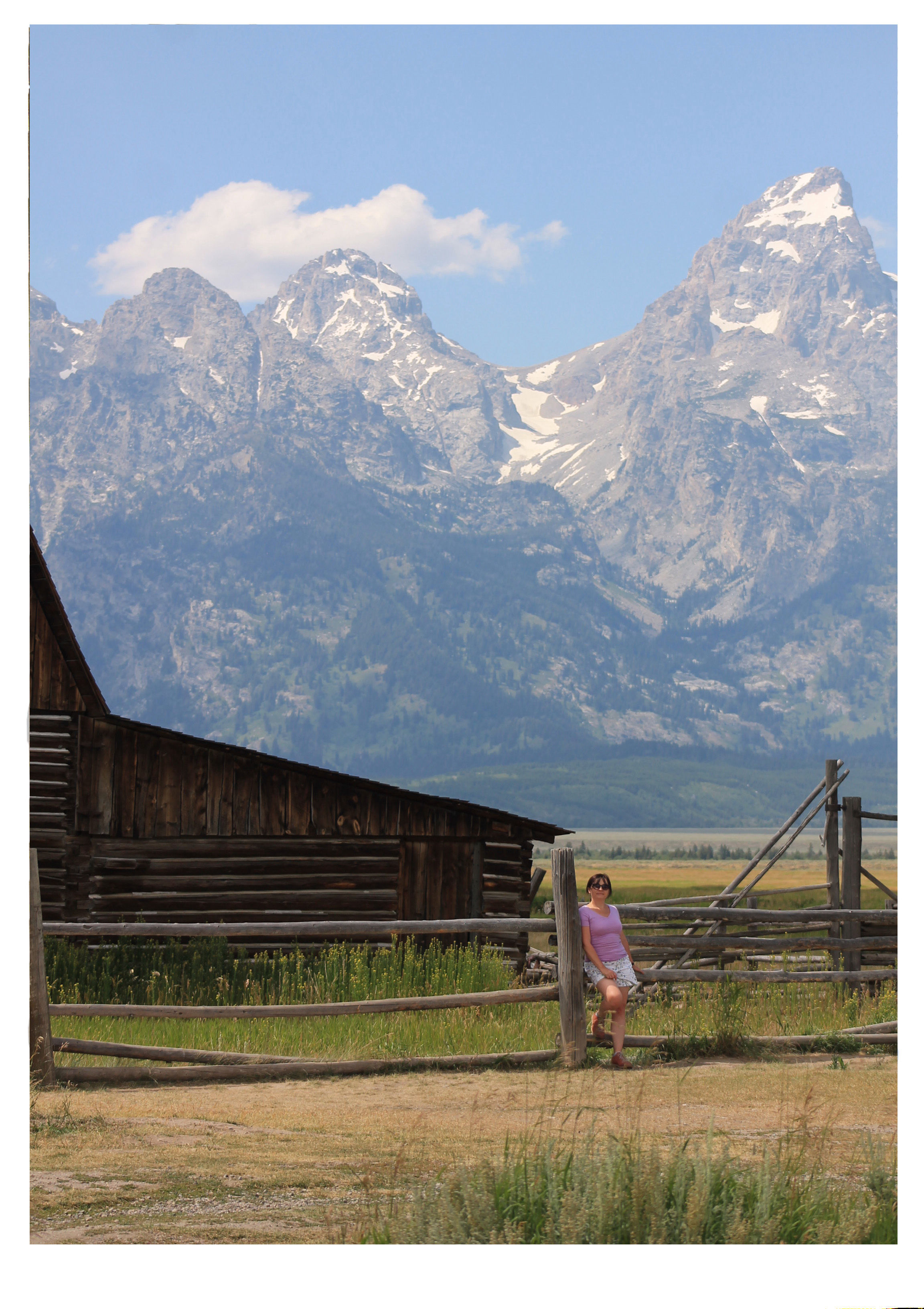 To book a performance, concert, masterclass, voice lesson and acting workshop please contact me at:
joanna.ruszala@gmail.com

Click on the video in this block to set the link to your own video.

The page was designed with Mobirise site theme